Mirror, Mirror on the Wall – the Theatre Royal’s pantomime was the most magical of them all!

Hi, Ho!! As part of our Cultural Capital curriculum we sent a group of our Key stage 2 children to the Theatre Royal on Thursday to see Snow White and the Seven Dwarfs. It featured all the sparkle, scale and spectacle Newcastle has come to expect from one of the North East’s most lavish festive production in a show packed full of laughter, music, special effects, and theatrical magic.

Our children had a wonderful time. The children described it as ‘fab’, ‘brilliant’ and ‘amazing’. It was a show full of energy, fun and excitement. There was music, magic and jokes to keep our children laughing all the way home.

Thank you to our parents and carers who came to collect children from school well after school hours and to our staff who went above and beyond to ensure the children had the very best time. 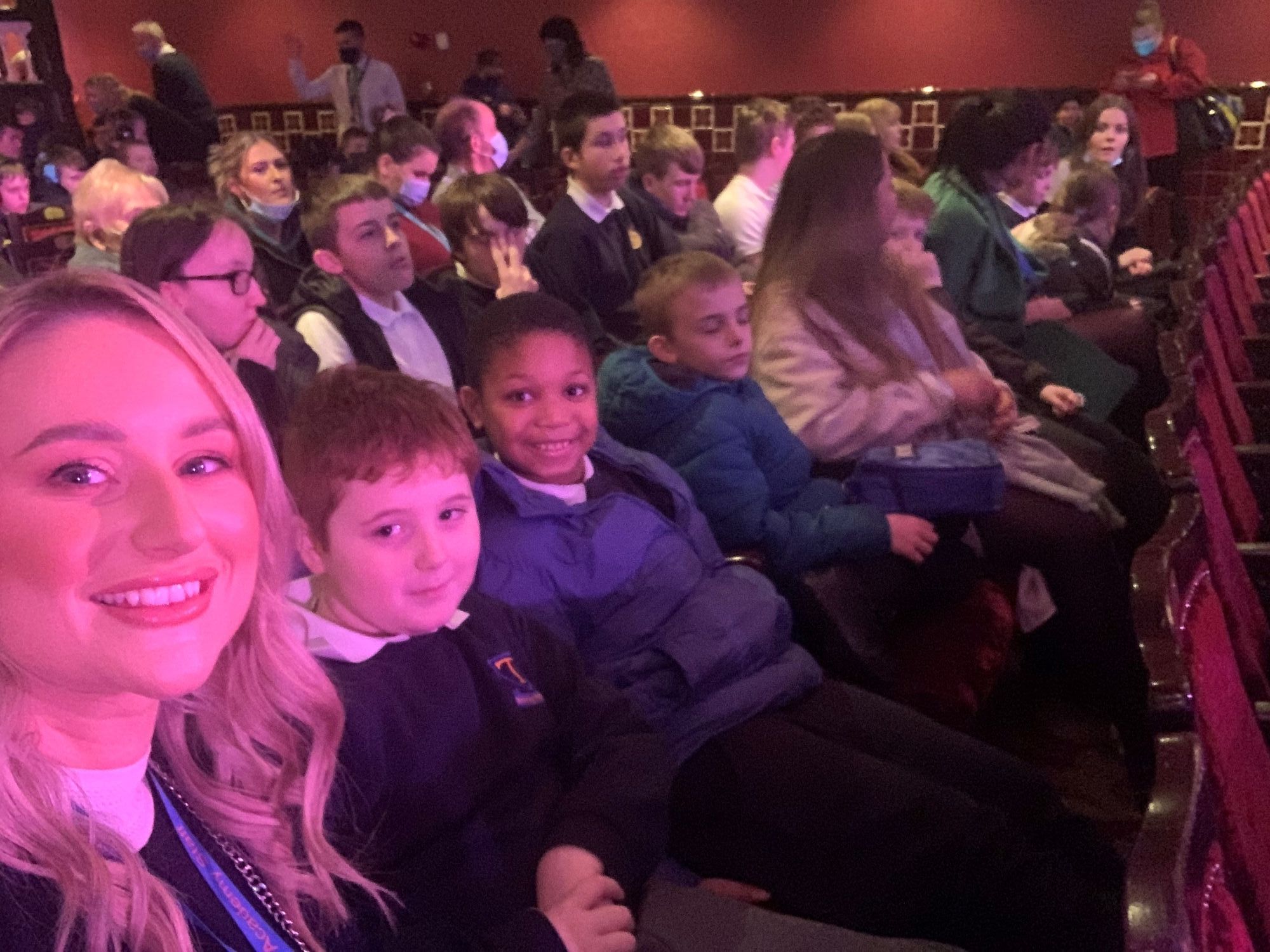 History of the Theatre Royal:

Granted its Royal licence by King George III, the Theatre Royal Newcastle opened on Drury Lane off Mosley Street in 1788 and soon established itself as one of England’s leading theatres.

In February 1837, the Theatre moved to Grey Street, a flagship building in Grainger and Dobson’s famous city plan. It features what is generally regarded as the finest Theatre façade in the UK, later combined with a fine 1901 auditorium by the great Theatre architect, Frank Matcham, after the original interior had been destroyed by fire during a performance of Macbeth in 1899.